My daughter, Desi, is expecting her baby at the end of October.  Each week this summer we have spent a day sewing in preparation for Jacob's arrival.  Of course he needs to arrive her with his mama dressed in style!  She found a pattern online for a hospital gown - who would have thought?  Anyway, the fabric is so cute and it turned out much more classy than the gowns provided at the hospital - and it was so easy!  The link for the pattern is here. 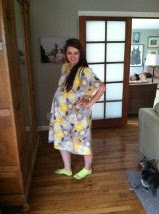 SHE is not preggars! - Amy just had to model it. 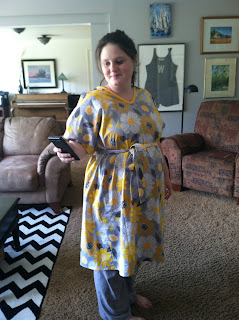 
And yep - the back has ties just like the hospital ones do!

Read More http://www.kevinandamanda.com/whatsnew/tutorials/add-a-pin-it-button-to-your-posts.html#ixzz1zm6NAV00
Posted by ruthie at 8:31 AM No comments:

Email ThisBlogThis!Share to TwitterShare to FacebookShare to Pinterest
Labels: sewing

For Christmas this year, hubby and I gave each other barn door hardware - yes, we've been married a long time.  It was to be a quick, easy project.  HMMM...six months later, it is done. Unforeseen events and a wedding kind of interrrupted our progress - but it doesn't matter.  It's DONE! 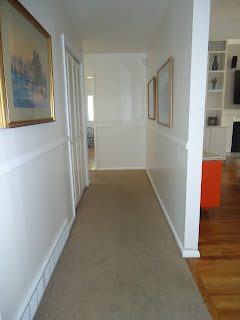 BEFORE (bad angle, but narrow hallway) 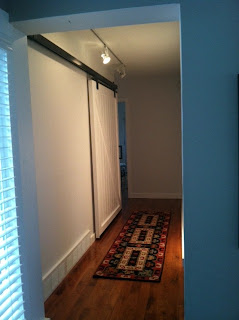 About 50 years ago, the owners of this house found a GREAT deal on some louvered bi-fold doors because there were about 50 pairs of them installed.  We have been slowly changing them out and this is about the last couple of pairs.  There is one small one we still need to replace - but we are still working on a solution for that one.
Read More http://www.kevinandamanda.com/whatsnew/tutorials/add-a-pin-it-button-to-your-posts.html#ixzz1zm6NAV00
Posted by ruthie at 9:10 AM 4 comments:

About six years ago I was in our local  DI - a favorite thrift store in this neck of the woods - and I found a wrought iron bistro set.  What a score!  It was $40 and HEAVY.  It started out being dark green.  A couple of years later during the shabby chic era, I painted it off-white and shabbied (?) it up a bit with black.  Now - today I sprayed it yellow and it looks so much better!  I purchased an umbrella lots of years ago while living in Las Vegas and they are the perfect couple. 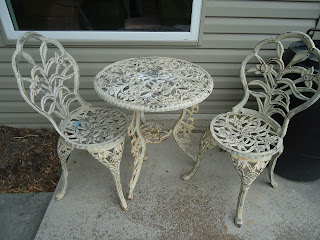 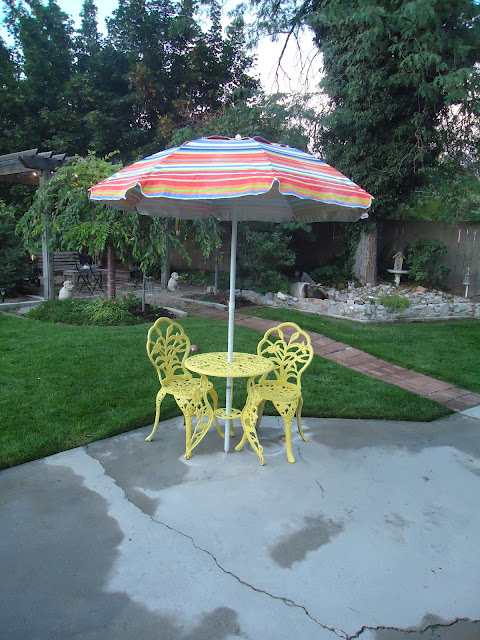 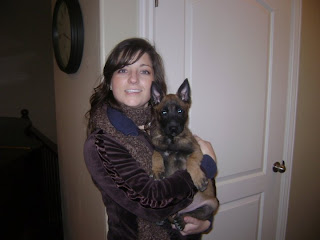 Our oldest son and his adorable wife have been trying for several years to have a family.  A couple of years ago they decided to get this "baby" - Cosie (named in behalf of a favorite character in Les Miserables).  She was the object of their love and nurturing.  Unfortunately, this week a freak accident happened that claimed Cosie's life.  We are so saddened by this tragedy and hurt so much for them.

Backup now 30 years - my hubby and I were trying to have a family with no success.  We got an adorable poodle mix named Cosmo (mascot from my alma mater).  He was the object of all our love and affection.  We had him for a couple of years when an accident happened that took him from us.  I know how they feel and it hurts so much.

We love you Spencer and Jennie!  Hang in there....
Read More http://www.kevinandamanda.com/whatsnew/tutorials/add-a-pin-it-button-to-your-posts.html#ixzz1zm6NAV00
Posted by ruthie at 9:19 AM 2 comments:

Email ThisBlogThis!Share to TwitterShare to FacebookShare to Pinterest
Labels: family

NEW FACE FOR AN OLD PURSE

I was making the rounds at a favorite thrift store a couple of weeks ago and I spotted a name brand summer handbag for $2.  The inside was stained and grody, but the outside was in great shape.  I remembered a post on Sara's blog - Go Gingham where she showed how to redo the inside of a bag.  For two bucks, it was worth it to try venturing into something I hadn't done before.  I am happy with the results. As long as you can take the lining out to use as a pattern, it is pretty much fool-proof.  I even reused the zipper to make a pocket, added a key holder and made a cell phone pocket.  Notice also that I was able to remove the label and reattach it. 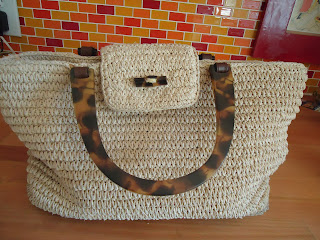 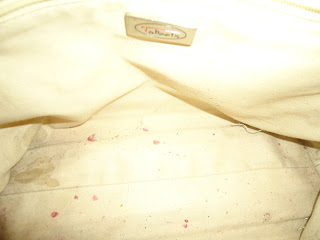 Stained and disgusting inside 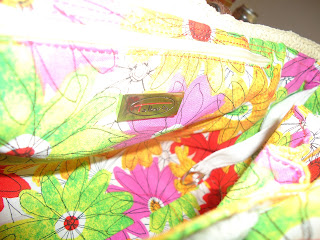 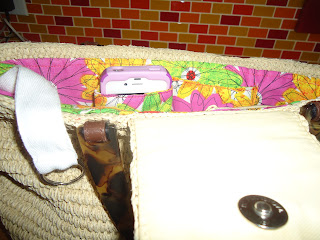 Stencil, paint, or subliminal messages to my kids?

I had this odd space right next to my french doors leading to our backyard.  It has moulding around it because there was a very large sliding door there at one time.  When we had the french doors put in, they were smaller - hence the need for something to disguise the lack of fit.  Ya, well, anyway - I painted it with chalkboard paint.  Then I have been patiently waiting to win a bid for a CHEAP overhead projector.  SCORE!  I won not one - but four!  Anyone need an overhead projector?  I know someone that has an extra! 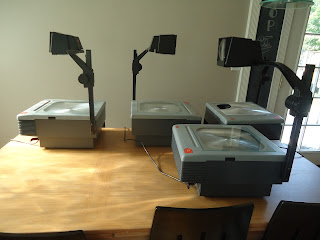 Merry Christmas to me!!! 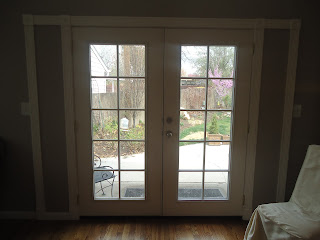 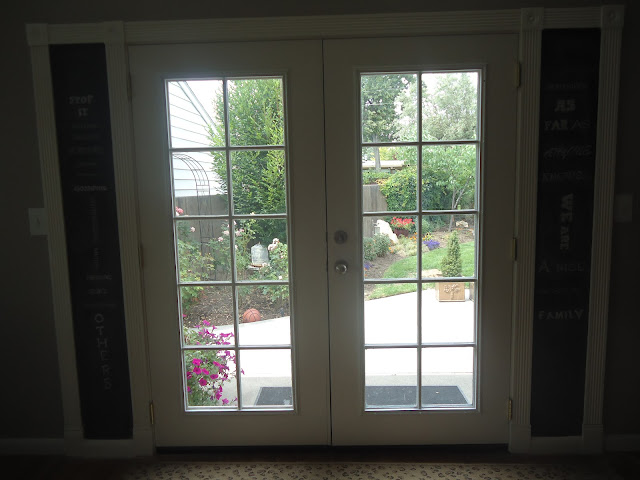 It doesn't look like anything really - but up close - as my kids are randomly walking by, maybe these messages will soak into their brains. 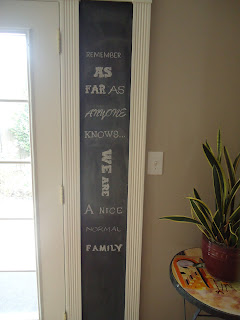 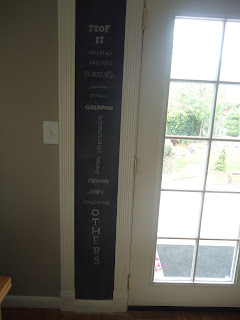 The quote on the left is from Elder Uchtdorf's talk (he is a leader in our church)  "...holding grudges, judging others, hating, wanting to cause harm, withholding forgiveness, gossiping, ridiculing, ignoring others, withholding mercy, throwing stones - STOP IT."

Read More http://www.kevinandamanda.com/whatsnew/tutorials/add-a-pin-it-button-to-your-posts.html#ixzz1zm6NAV00
Posted by ruthie at 9:36 AM 1 comment:

My hallway was like a bowling alley - long, narrow, and kind of unremarkable.  A hallway can be thought of as another room to decorate, so I took the advice from a blog - 4 men 1 lady - and I striped it.  I think I'm in love!  It still needs some details, but it already adds interest to the bowling alley look. 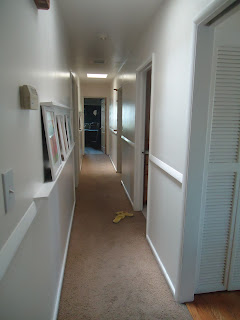 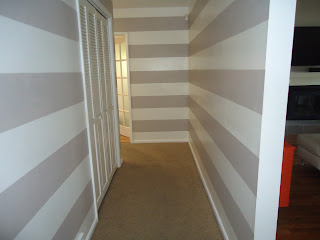 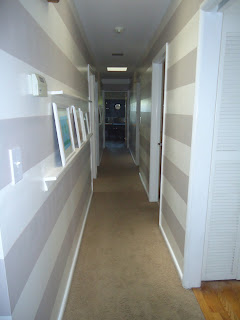 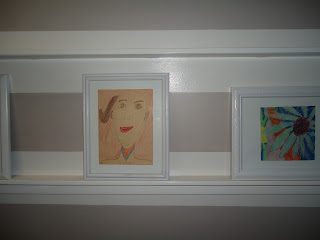 Yep - I prefer bowling in an alley!

Read More http://www.kevinandamanda.com/whatsnew/tutorials/add-a-pin-it-button-to-your-posts.html#ixzz1zm6NAV00
Posted by ruthie at 8:18 AM 5 comments:

ruthie
I grew up in Rock Springs, Wyo. graduated from BYU and SL School of Interior Design. Married a Utah boy and have 5 great kids.